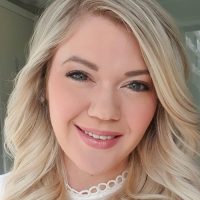 South African born Carlemi Calitz completed a BSc in Biological Sciences at the North-West University (NWU) in 2010, followed by a Hons. BSc in Biochemistry (NWU) in 2011. In 2012, she accepted a position as senior laboratory technician in the Pharmaceutics department at NWU, which enabled her to pursue an MSc in Pharmaceutics (2013-2014). She then went on to complete a PhD in Pharmaceutics in 2017 under the guidance of Dr’s Chrisna Gouws, Krzyzstof Wrzesinksi and Prof Sias Hamman. Her thesis focused on the establishment of three-dimensional (3D) cell culture models for drug bio-transformation and toxicity studies. She was awarded the South African National Research Foundation (NRF) Innovation doctoral scholarship and travel award in 2016 and 2017. With this award, she was able to spend six months at the University of Southern Denmark (SDU) and CelVivo in Odense, Denmark, learning the art of 3D spheroid culturing in rotating bioreactors.  She then joined her alma mater in 2018 as a postdoctoral researcher to further develop and establish the universities 3D cell culture platform focused on cancer research, bio-transformation and toxicity screening of pre-clinical lead compounds. In 2019 she relocated to Uppsala Sweden to join the group of Dr Femke Heindryckx at Uppsala University where she active until 2021.  Within the group of Dr Heindryckx she was responsible for the development of two novel advanced 3D models to study complex tumour stroma interactions in hepatocellular carcinoma, and was awarded the Uppsala University start up grant (2019) and the postdoctoral grant (2020). Carlemi has been actively contributing to the scientific community since 2014 with 15 published international peer-reviewed papers to date. More recently she decided to broaden her horizon and spread her wings relocating to Amsterdam, Netherlands to join the GUTVIBRATIONS consortium as a postdoctoral researcher under the guidance of Dr’s. Katja Wolthers and Dasja Pajkrt.

Carlemi will be situated in the OrganoVIR Labs, Department of Medical Microbiology, Amsterdam University Medical Centers (UMC), location Academic Medical Center (AMC). Within GUTVIBRATIONS, Carlemi will be involved in the establishment of a complex in vitro gut-brain organoid model contributing to work packages 2,3,5,6 and 7, where she will focus on creating a gut epithelial-mesenchyme co-culture model. In collaboration withother team members, immune cells will be added to create a gut-mucosal model. These models will be used for studying enteric viral infection and antiviral testing. Finally, the gut-mucosal model will be combined with a blood-brain-barrier (BBB)-brain organoid model to create a complex in vitro gut-brain axis organ-on-chip.

Amsterdam University Medical Centers (Amsterdam UMC) is one of the foremost research institutions in the Netherlands and one of its largest hospitals, with 1500 staff members employed in medical research. The Amsterdam UMC research is organized in 7 themes within the AMC Research Institute, where AMC Principal Investigators (PIs) are appointed to develop their own research lines. The AMC Graduate School organizes doctorate level academic training of AMC PhD students (209 PhD rewarded in 2016). This concentration of expertise makes the center a breeding ground for fruitful scientific collaborations.